Ten months later, her skull was found at a burial site on Taylor Mountain in Washington.

On that fateful night in 1974, Brenda spent the night drinking at this bar.

At the time, it was known as the "Flame Tavern." More recently, the property has been home to restaurants such as "Fiesta Del Mar" and "El Baron Rojo".

At around 2 a.m., when the bar closed, Brenda asked one of her friends for a ride home. However, he declined as he was driving in a different direction.

Shortly afterwards, one person saw her talking to a man with brown hair. The man in question reportedly had his arm in a sling.

This was a common ruse that Bundy employed in order to make himself seem more harmless.

Other conflicting reports state that she left the bar by herself and that she was going to hitchhike home.

Regardless of how she left the Flame Tavern that night, this was the last time that anyone would see Brenda Carol Ball alive.

Following his incarceration, Bundy "speculated" about what "might" have happened to Ball. During interviews, he would often "speculate" like this so that he could talk about his crimes without actually admitting to them.

According to Bundy, "the killer" brought Ball back to the Rogers' rooming house at 4143 12th Avenue N.E in Seattle.

Following what Bundy referred to as "consensual sex," the killer would have then strangled Ball as she slept.

There are some major doubts hanging over this story.

The first problem is that bringing a victim back to a house that had other occupants in it would have been incredibly risky.

The second problem is that the right side of Brenda Ball's skull was missing. This suggests that she was struck on the head (his favored M.O.).

Last but not least, this wasn't a real confession. Instead, it was speculation about what the killer might have done. During his interview, he did not specifically mention the Rogers' rooming house.

At the time, Bundy had not confessed to any of his crimes. As a result, it is likely that his third-person pseudo confessions were filled with lies and exaggerations.

Where was Brenda Ball last seen?

It sits beside the intersection between Ambaum Boulevard SW and SW 128th Street, opposite a "Jack in the Box" restaurant.

The parking lot is in Burien, which is a suburban city that lies to the south of Seattle. The bar is close to Seahurst Park and Seattle-Tacoma International Airport.

This is a private business. Please do not go inside to take photographs unless you plan on buying food or drinks. This Google Street View image of the bar was taken in 2011. This image shows the parking lot at the back of the property. 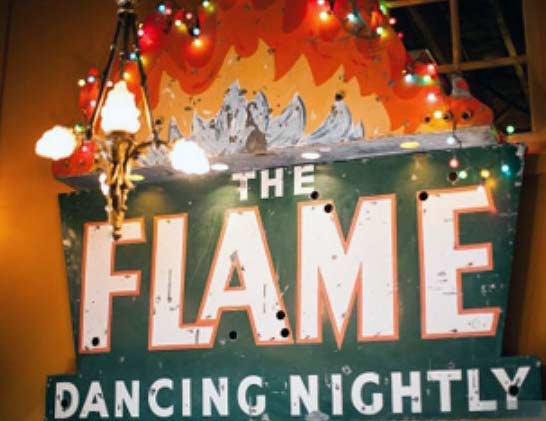 Former patrons will remember how the Flame Tavern had a sign that advertised "Dancing Nightly."

Bundy missed the baptism of his girlfriend's daughter. According to his former girlfriend, Liz Kloepfer, Ted hurriedly left a dinner with her parents on the day that Ball went missing. He also missed her daughter's baptism the following day and blamed it on car trouble.

It is possible that Bundy was preoccupied with the disposal of Brenda's remains at the time. He may have also been tying up loose ends.

A more disturbing possibility is that he simply wanted to revisit her body. Brenda Carol Ball was born on November 8th, 1951. If she was still alive today, she would be in her seventies. Reports about her disappearance didn't appear in newspapers until two months later.

At the time, the police didn't see a link between her case and the other missing girls—most of whom had disappeared from college campuses.

Ironically, it was Brenda's skull that led investigators to the rest of the victims on Taylor Mountain. This image shows the western side of the bar.