The site where Ted Bundy dumped the remains of Laura Ann Aime. On the night of October 31st, 1974, Laura Ann Aime disappeared after leaving a cafe in Lehi, Utah.

Nearly one month later, on November 27th, two hikers spotted the 17-year-old's remains at the bottom of this creek bank in American Fork Canyon.

That morning, two university students were out looking for fossils when one of them noticed Laura's naked body.

She was lying face down, about 10 meters from the interstate. A nylon stocking had been tightly wrapped around her neck.

Fearing that the perpetrator might still be in the area, the pair immediately left the scene and drove to the nearest ranger station.

During the investigation, it was determined that the young girl's killer had struck her over the head, raped her, and then strangled her to death.

Following the brutal murder, the offender dumped her body down the side of this embankment.

Although Ted Bundy did not directly confess to the murder of Laura Ann Aime, the transcript shows that he made no effort to deny it.

In fact, he suggested that they talk about it at a later stage.

The crime bore all of the hallmarks of one of his murders, including the victim profile.

To add to this, tire track patterns in the immediate area proved to be a match with Bundy's Volkswagen Bug.

When Laura went missing, Bundy was living in Salt Lake City and actively targeting women in the area.

Because of all of this, the authorities were certain of his involvement.

Where was Laura Aime's body discovered?

The site is about half a mile east of the visitor center at Timpanogos Cave. 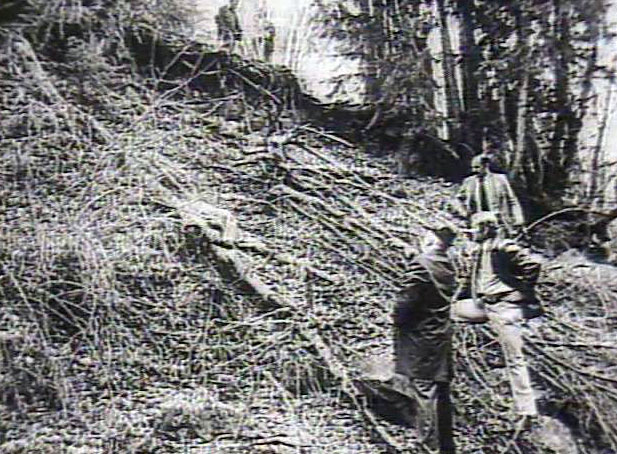 This is a labeled aerial image of the site. The yellow line marks the general route of the trail that the two students were walking along when they spotted the body.

If you look closely, you will see that there are two pullout areas on either side of the dump site. One is at the entrance to the trail.

Bundy's tire tracks were recorded at one of these pullout areas.

The most plausible scenario is that he picked Laura up in Lehi or American Fork and then drove to this secluded spot outside of Salt Lake City.

The route in question is 10 miles long, and it would have taken him roughly 20 minutes to drive it. The autopsy revealed that Laura's skull and jaw bone were both fractured. Judging by his M.O. in other attacks, it is likely that he incapacitated Laura by striking her with a crowbar.

The Knotty Pine cafe in Lehi. There are a number of conflicting reports about Laura Aime's whereabouts on the night of October 31st, 1974.

However, almost all of them mention that she was at the Knotty Pine cafe for a period of time. The cafe in question was situated at 130 West Main Street in Lehi.

Shortly afterwards, she decided to leave the cafe and hitchhike to Robinson Park. A witness spotted Laura Ann Aime at Robinson Park in American Fork at around midnight. This is the last known sighting of the young girl.

That night, it seemed as though she was constantly traveling from one place to the next. The most likely explanation for this is that she was a restless 17-year-old who was trying to find the best place to hang out. Notably, this was long before you could text people and find out where they were or what they were doing. Because it was Halloween, it is likely that groups of teenagers were socializing and partying in different areas.

Robinson Park is 3.2 miles away from the Knotty Pine cafe. If Laura did walk to the park by foot, then it would have taken her roughly an hour to do so.

Due to the distance involved, it is plausible that she attempted to hitchhike back to Lehi after she was finished at the park. By that time, it was getting late, and the temperature in the area had dipped to 45 °F (7.2 °C).

If Ted Bundy did pull his Volkswagen Bug over to the side of the road and offer Laura a ride, she may have been keen to accept his offer. This aerial photograph was taken in July of 1977. We have labeled the Knotty Pine cafe and Robinson Park, as well as the two possible routes that Laura Aime may have taken that night.

It is the author's opinion that she chose the blue route. Not only is it slightly shorter, but it would have also had more traffic. If she had any intentions of thumbing for a ride, it stands to reason that she would have opted to walk along the busier route.

During the 1970s, the land between Lehi and American Fork was not as built-up as it is today. Because of this, it is also possible that Bundy spotted Aime and decided to creep up on her, much like he did in the case of Nancy Wilcox.

Aerial photographs from the time show there were a number of dirt roads, parking lots, and industrial areas that he may have forced her into.