This is the former home of convicted murderer Graham Dwyer.

Dwyer lived at this 3-bedroom house in Foxrock with his wife Gemma and their two children until his arrest in October of 2013.

In August of 2012, the Irish architect murdered 36-year-old childcare worker, Elaine O'Hara. He then left her remains at a remote spot on Killakee Mountain in the south of County Dublin.

To this day, it remains one of Ireland's most shocking murders.

When Elaine went missing, people were initially concerned that she had committed suicide. This is because she was prone to self-harm and had been in and out of psychiatric care since the age of 16.

However, in September of 2013, three fishermen at the Vartry Reservoir in Wicklow discovered evidence that turned the missing person case upside down.

On September 10th, 2013, the three men found a bag containing clothes, handcuffs, and restraints. This led to a larger police search of the reservoir and the discovery of a knife and two mobile phones. The phones contained text messages from Dwyer in which he spoke about his urge to "rape, stab or kill".

The gardai also found a loyalty card that they were able to trace back to the missing woman.

On September 13th, 2013, the woman's dog, "Millie," disappeared into some bushes. After Millie did not return, Magali went looking for her.

When Magali found the dog, she was chewing on a bone. Pieces of clothes lay scattered on the ground nearby.

Concerned that the bones were human, Magali left and sought the help of the landowner and her friend. The three of them then returned to the site to take a better look.

It was at this stage that they spotted a human jawbone and called the gardai.

The remains of Elaine O'Hara had been found.

During their investigation, detectives found information that linked Elaine back to architect Graham Dwyer. They also discovered that Elaine and Dwyer had been in a secret relationship that involved violence and bondage.

Using data generated by Dwyer's work phone, the An Garda Síochána were able to piece together the locations that he had visited.

On October 17th, 2013, gardai arrived at this quiet cul-de-sac in Foxrock and arrested him for murder. A search of the house was carried out and several items of interest were seized.

In 2015, Graham Dwyer went on trial for the murder of O'Hara. During the trial, his wife Gemma testified that a spade found near Elaine's body looked like the one that went missing from their garden.

According to Gemma, it had been missing for "most of the summer in 2013". She also pointed out that she recognized the paint on the handle.

After two months of testimony that included 197 witnesses and 320 exhibits, Graham Dwyer was found guilty of murder and sentenced to life in prison.

Following Dwyer's conviction, his wife Gemma and their two children moved out of their family home in Foxrock. Over the next couple of years, the property lay vacant.

Where did Graham Dwyer live?

The house is situated at the end of a small cul-de-sac called Kerrymount Close. It is the last property on the right.

Foxrock is an affluent suburb that is situated in the south of Dublin, near Sandyford and Dún Laoghaire. The house itself is close to places such as Cabinteely Park and Leopardstown Golf Centre.

This is someone's home. Please do not go near the property or make your presence felt.

The site where Elaine O'Hara was found.

A photograph of Elaine O'Hara and the site where she was found. On September 13th, 2013, her skeletal remains were discovered by a dog walker at the foot of the Dublin mountains.

A technical examination being carried out at the scene of the crime.

This is the apartment block where Elaine O'Hara lived. CCTV cameras in the complex captured Dwyer visiting on a number of occasions.

The small cul-de-sac that Dwyer lived on.

This is the reservoir where fishermen spotted items belonging to Graham Dwyer and Elaine O'Hara. After the hottest summer in 18 years, the water in this huge man-made lake dropped to its lowest levels in living memory.

Usually, the Vartry Reservoir is about 6 metres deep. However, by September of 2013, the water levels had fallen to just under half a metre. This significant drop in the water level exposed the bag that eventually led to Dwyer's arrest. 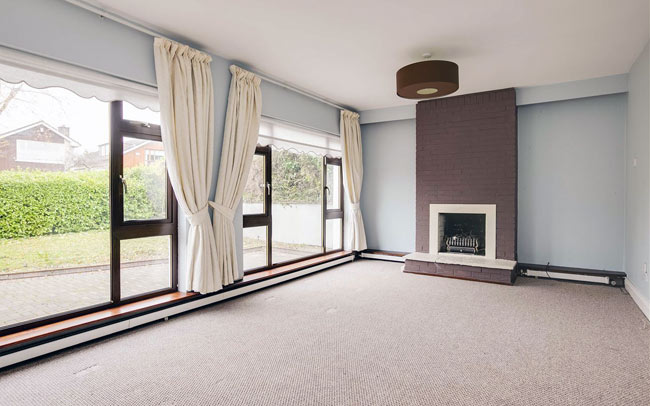 The living room in Dwyer's house. This is what it looked like when the home was put up for sale in November of 2019. 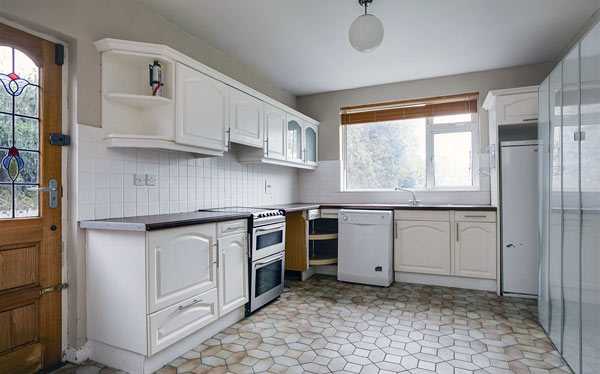 A photograph of the kitchen from 2019. When the family bought this house in 2007, they had big plans to renovate it. However, in 2008, the financial crisis hit and Dwyer's wife Gemma lost her job. He was also forced to take a huge pay cut. 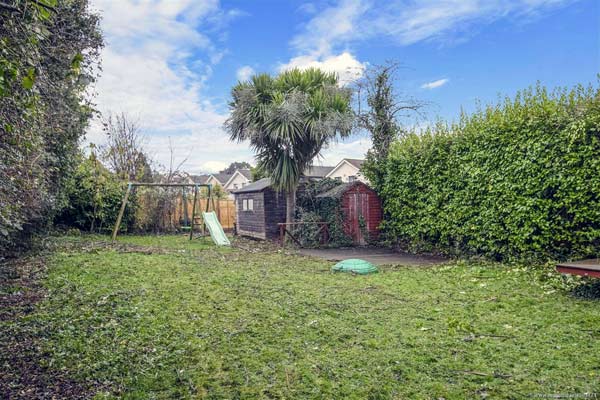 A photograph of the back garden. As you can see, it has two sheds and a swing set. There is also a fence at the back.

During the trial, Dwyer's wife stated that the spade found near Elaine's body looked like the one that went missing from this garden. She also said that the "orangey red" paint droplets on the handle of the shovel looked similar to the paint that Graham had used to treat their fence and shed.

A technical examination of the paint found that they did not match. However, they were very similar.

Another photo of the reservoir. 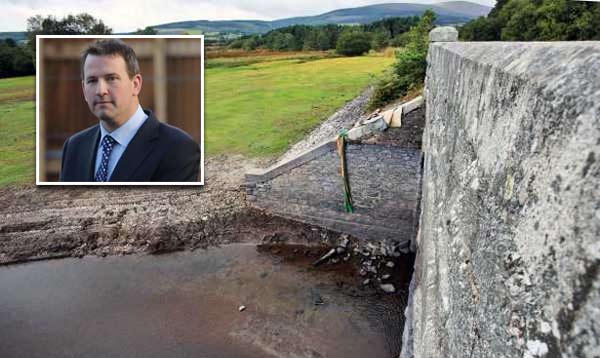 Incriminating evidence was recovered from Vartry Reservoir in September of 2013. As you can see in this photograph, the water levels were pretty low.

The place where Elaine was murdered.

It is believed that Elaine was murdered and then left at this site off Old Military Road. The area in question is a short walk away from View Point in Killakee, County Dublin.