This is the house that Philip Cairns was living in when he went missing.

At the time, he was a first year student at the Coláiste Éanna secondary school in Hillside Park.

The route in question is roughly 1.2km long, and it would have taken Philip about 10-15 minutes to walk it.

Sadly, he never made it back to school that day. After he turned the corner to walk down Ballyroan Road, he was never seen again.

Despite a large-scale search and a huge amount of publicity, no trace of the 13-year-old has ever been found.

Rivers, lakes, and forests were all combed.

Six days after he went missing, his schoolbag was discovered in a nearby laneway. Investigators believe that the bag was placed in the alleyway a number of days after Philip went missing.

This is because the bag was dry despite recent rainfall.

The placement of this bag may have been done in order to mislead the investigation. This act is commonly referred to as "staging".

Although there were hundreds of sightings of Philip in the aftermath of his disappearance, all of them turned out to be false leads.

To this day, the case remains unsolved. It is one of Ireland's most well-known missing persons cases.

Where did Philip Cairns live?

Ballyroan is a suburb of Rathfarnham in Dublin. It is in the south of Dublin, close to Marlay Park.

Please be mindful that this is someone's home. Do not go near the property or make your presence felt.

The route that Philip Cairns took.

This is the route that Philip Cairns was supposed to take that day. As you can see, the lane where his schoolbag was discovered is very close to his house on Ballyroan Road. It is about 450 metres away, which is a 2-5 minute walk.

The laneway where his schoolbag was found.

This is the laneway where Philip's schoolbag was found. It is about 100 metres long and it connects Anne Devlin Drive with Anne Devlin Road. His schoolbag was discovered six days after he went missing. It is believed that someone placed the bag here at a later date, as it was completely dry despite recent rainfall. 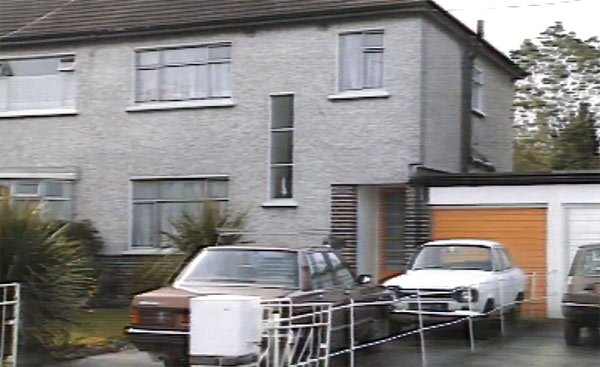 A photograph of what his house looked like on the day that he went missing. The garage with the orange door no longer exists. In 2012, it was converted into an extension.

Volunteers preparing to search for Philip at the foothills of the Dublin mountains. 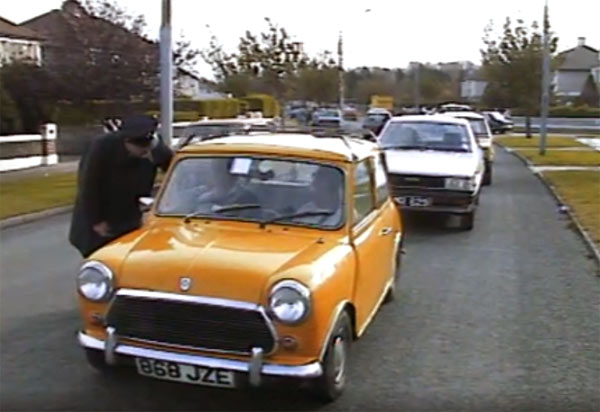 Gardai stopping motorists and questioning them. This was two or three days after he went missing.

He would have walked down Ballyroan Road.

A Google Street View image of the property from 2009. This was before the garage was converted into a pitched roof extension.

A member of the gardai kneels down beside Cairns' schoolbag. The bag was missing two religion books and a geography book. In 2016, it was examined for DNA evidence. However, testing failed to link it with any persons of interest.