This is the house that 19-year-old Wexford woman Fiona Sinnott was renting when she went missing. She lived in this rural house with her 11-month-old daughter up until her disappearance on February 8th, 1998.

This is the last place that someone reported seeing her alive.

After having drinks in a pub called Butler's in Broadway, Fiona and Sean Carroll walked 2 km back to this house in Ballyhitt. Carroll was the father of her child. However, the couple were no longer together.

According to Carroll, he walked Fiona home, slept on the couch for the night, and then left the following morning.

Carroll told Gardai that Fiona was complaining of pains in her arms and upper body. He also stated that she planned on hitching a lift to a GP.

However, investigators found no evidence that Fiona was hitchhiking or that she went anywhere that day. Furthermore, when Gardai inspected the cottage, they discovered that it was "unusually" clean.

When the Gardai appealed for information on her whereabouts, a number of tips were received from the public:

- At one stage, dozens of black refuse bags were seen lined up outside the cottage.

- Someone heard a woman screaming on the night in question.

- A motorist saw a couple arguing in the area.

A local farmer also came forward and said that he found Fiona's name and belongings in a black refuse bag in his field. However, at the time, he thought that it was just another case of someone illegally dumping rubbish. Consequently, he decided to burn the items.

In 2005, seven years after Fiona went missing, the Irish police officially announced that they were treating her case as a murder investigation.

Both the authorities and her family believe that she was killed by a person who was well-known to her.

Where is Fiona Sinnott's house?

The easiest way to get there is to drive to Broadway in Lady's Island and then follow the coordinates above. These coordinates will lead you to a road in Ballyhitt called Ballycushlane.

The road in question is pretty narrow. Furthermore, the house is close to a bend, and there is nowhere to park. Therefore, we recommend that you do a slow "drive-by" viewing instead. Please make sure that you maintain a safe speed and be wary of oncoming traffic.

The cottage is situated on a quiet rural road that is close to the village of Broadway in County Wexford. Broadway sits beside a picturesque lake in Lady's Island. The village has a pub, a primary school, a small grocery store, and a coffee shop. The pub, which is called "Butlers Bar & Lounge," is where Fiona was last seen alive in public.

This is a private home and it is likely that someone is currently living in it. Please do not touch the property or make your presence felt. 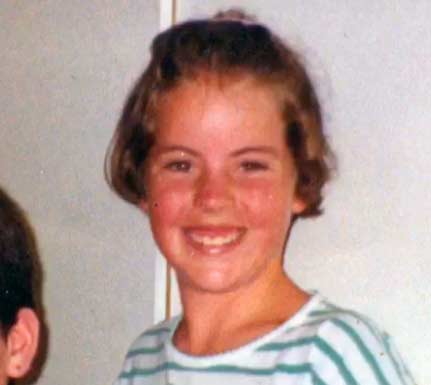 Fiona Sinnott when she was a child.

The front of the house.

Fiona and her father. 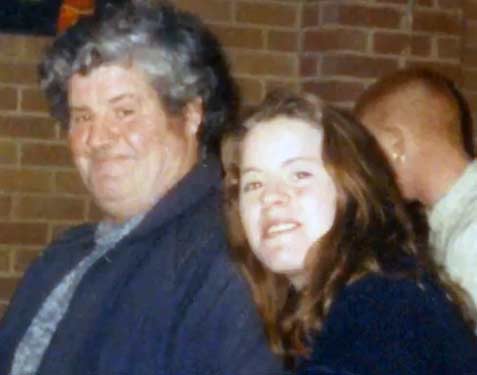 Fiona and her father, Pat, who passed away in 2004 without ever finding out what happened to his daughter.

On his deathbed, he implored his sons to find their sister.

This is a photograph of her holding her daughter Emma.

On the night of her disappearance, Emma was staying with Sean Carroll's parents.

Following the disappearance of her mother, Emma was raised by Carroll's family. 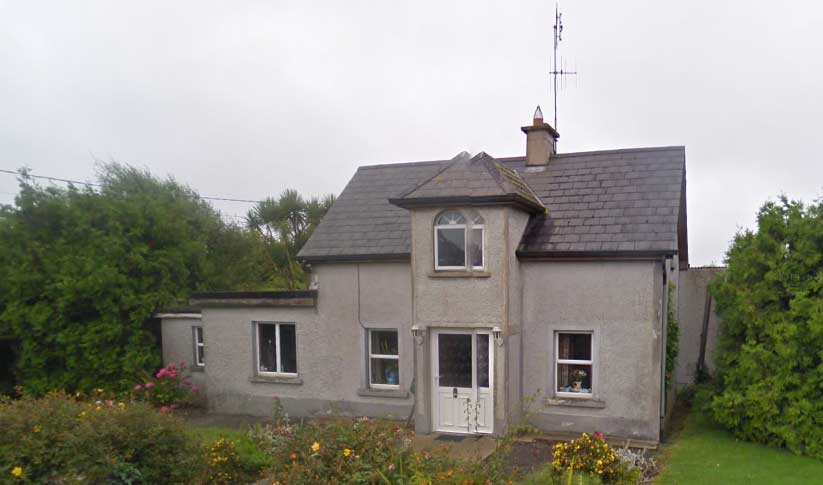 This is an older Google Street View image of the house. It was taken in 2009, before it was painted.

The cottage from a different angle. This Google Street View image was taken in 2019.

An aerial photograph of the site. Fiona was last seen in public at Butler's bar in Broadway on February 8th, 1998. That Sunday night, she was having drinks with her friends.

Although Fiona's ex-boyfriend, Sean Caroll, was also there, he was sitting at the bar by himself.

When Fiona said goodbye to her friends and left, Sean decided to accompany her home.

The street where Imelda Keenan was last seen.