This is the exact spot where missing 21-year-old Josephine "JoJo" Dullard was last seen alive.

Detectives believe that JoJo's killer picked her up at this location while she was thumbing for a lift.

On November 9th, 1995, JoJo missed the last bus to her hometown in Callan, County Kilkenny. At the time, she was living in Harold's Cross in Dublin.

Following her recent decision to drop out of a beauty therapy course, she was planning on moving back to her hometown to live with her sister.

Despite missing her bus that evening, she was eager to try and get home. As a result, she decided to take the bus to Naas in Kildare.

After reaching Naas, she managed to hitchhike 35 km southward to a small village called Moone.

By the time she reached the village, the clock was creeping towards midnight.

At exactly 11.37 p.m. on that fateful Thursday night, JoJo called her friend from this public phone box outside of the Holy Trinity Church in Moone.

JoJo told her friend that she had missed her bus and that she was currently hitchhiking home. The pair also gossiped about recent events in their lives.

Throughout the course of their conversation, JoJo held the door of the phone box open so that she could continue to thumb for a lift.

We know this because a number of passing motorists remembered seeing her.

Back in 1995, the main road between Dublin and Waterford used to go through Moone. As a result, it would have been a busy spot for traffic at the time.

At some point during the call, JoJo suddenly stopped speaking and asked her friend to wait for a moment.

A car had finally pulled over.

After roughly 30 seconds of silence, she returned to the kiosk and told her friend that someone was offering her a lift.

Then, without giving any further details, she abruptly hung up the phone.

That was the last time anyone would hear from JoJo Dullard.

Despite a major search and thousands of interviews, investigators were unable to find any trace of the missing Kilkenny woman.

One eyewitness claims that they saw a woman matching her description getting into the backseat of a darkly colored Toyota Carina.

Unfortunately, this did not help investigators, as the Carina was an extremely popular model during the 1990s.

In October of 2020, nearly 25 years after she went missing, the Irish police officially announced that JoJo's disappearance was being treated as a murder investigation.

The phone box no longer exists. However, you can still visit the location.

The old fashioned "Telefon" phone box that JoJo used was replaced with a modern kiosk during the late 1990s. Then, at some stage between May, 2009 and July, 2010, the "newer" phone box was removed as well. However, a memorial plaque is currently present at the site. Furthermore, you can still see a concrete outline of where the pay phone stood.

Where was JoJo Dullard last seen?

The latitude and longitude coordinates for the phone box are:

The plaque stands beside against a small pebble-dash wall outside of the Holy Trinity Church on the main street in Moone. It is about 100 meters north of St. Colmcille's National School.

Moone is a small village with a population of less than 500 people. It is situated about 10km away from Baltinglass in Wicklow. The village currently has a school, a pub, a church and a shop.

Photos of the phone box and other related images.

On the night that she went missing, JoJo was carrying a black MGP21 Sanyo "Walkman".

The main street in Moone. This is a Google Street View image of the main street in Moone. The red circle indicates the location where the public pay phone once stood.

Dullard would have turned 48 in 2022. She was 5 feet 4 inches tall with dark shoulder-length hair. 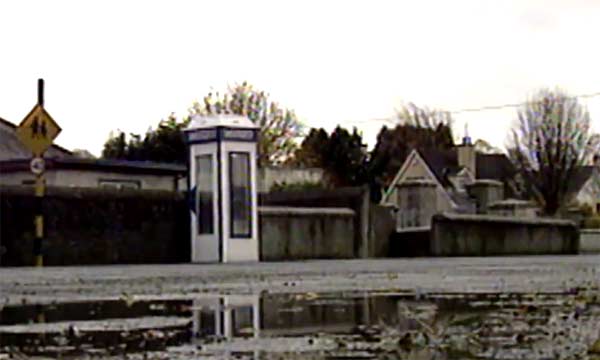 This is a screengrab from an old RTE news report about her disappearance. The footage was captured during the same month that she went missing.

The kiosk at night. 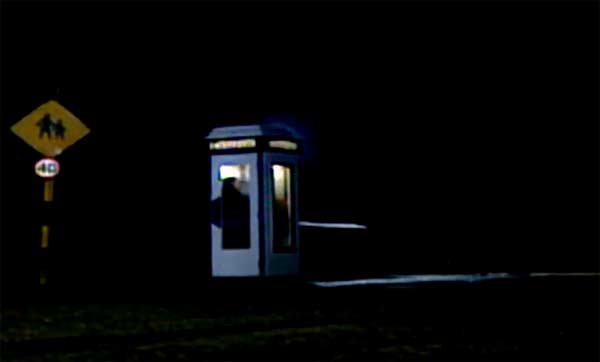 This screenshot shows how dark the street would have been at the time.

JoJo and her friend.

This is a photograph of JoJo and her friend Mary Cullinane. Mary is the friend that she called just before she went missing.