This is the house where Chris Watts lived with his pregnant wife, Shanann, and their two children, Bella (4) and Celeste (3).

It is situated at 2825 Saratoga Trail in Frederick, Colorado.

After strangling his wife to death at this house, Chris drove his two children to his worksite near Roggen and then murdered them.

Following the killings, he pretended as though Shannan had taken their daughters and left.

On August 13th, 2018, Shanann's friend Nickole Atkinson became concerned after she failed to turn up for an appointment.

Despite ringing the doorbell and sending multiple text messages, Nickole received no response.

Knowing that this was extremely out of character, she decided to contact Shanann's husband and the Frederick police department.

A subsequent welfare check by the police showed no sign of Shanann or the two girls.

Shanann's car was still parked in the garage. Furthermore, both her phone and medication were found inside the house.

On August 14th, Chris Watts stood outside of his home and pleaded on local television for his family to return.

The next day, he was arrested by the police and forced to undergo a polygraph test. After failing the test, he eventually admitted to killing Shanann.

Although Chris initially tried to blame the murders of Bella and Celeste on his wife, his story did not hold up to scrutiny.

On August 16th, 2018, the bodies of his two children were discovered in oil tanks at his worksite. Shanann's remains were also found buried nearby.

Two weeks later, he was sentenced to five life sentences without the possibility of parole.

Where is Chris Watts' house?

It is situated at the end of Steeple Rock Drive. The entrance to the neighborhood is on Aggregate Boulevard, which is west of Frederick.

Frederick is a small town in the north of Colorado. It is about 30 miles north of Denver.

Aerial photograph of the house. 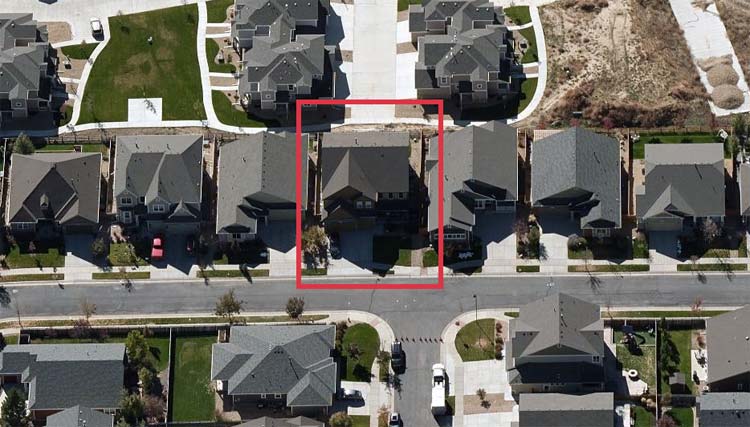 This is an aerial photograph of the house. It sits across from the intersection between Saratoga Trail and Steeple Rock Drive.

The location where Chris Watts buried his wife and daughters. This is an aerial map of the location where Chris Watts buried his wife and daughters.

It is situated about 3 miles north of a small town called Roggen.

Chris smothered Bella and Celeste at the site. He then dumped their bodies into two crude oil tanks.

Afterwards, he buried Shannan in a shallow grave on the southeastern side of the property. She was found face down and lying in a foetal position.

This property is owned by the Anadarko Oil and Gas company. At the time, Chris worked for the company as an oil field operator.

The site is roughly 40 miles away from his house in Frederick. According to Google Maps, it would have taken him about 50 minutes to drive here.

He reportedly put garbage bags over Shannan's head so that the girls wouldn't be able to see her during the journey. 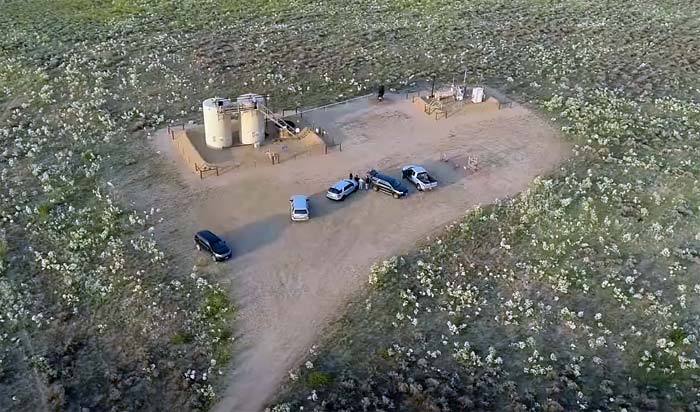 This is a drone image of the site.

The bodies of the Watts family were discovered on August 16th, 2018—three days after they were murdered.

Photographs of the Watts family during happier times. 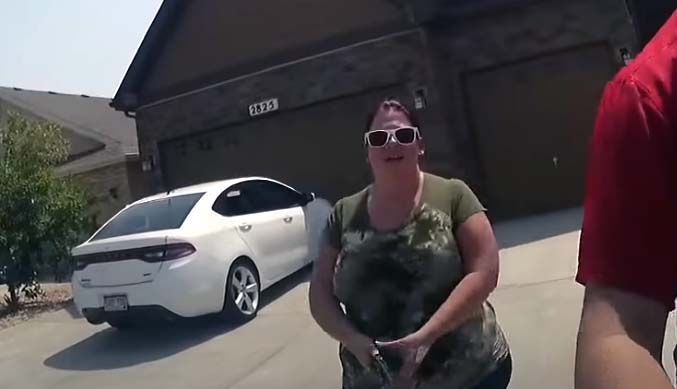 Police body cam footage shows that Shanann's friend, Nickole Atkinson, immediately realized that something was off.

During the welfare check, Shanann's phone and medication were discovered inside of the house. Furthermore, her car was still parked in the garage.

This led to suspicions that the young mother had not left on her own accord.

No signs of foul play. 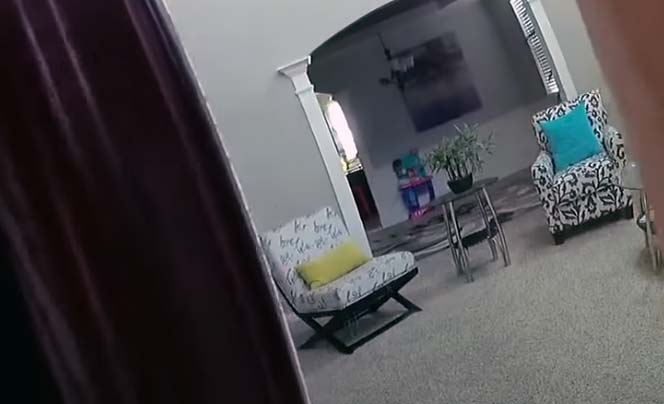 In the bodycam footage, a police officer peers in through the window by the front door.

However, the living room looks untouched and there are no obvious signs of foul play. 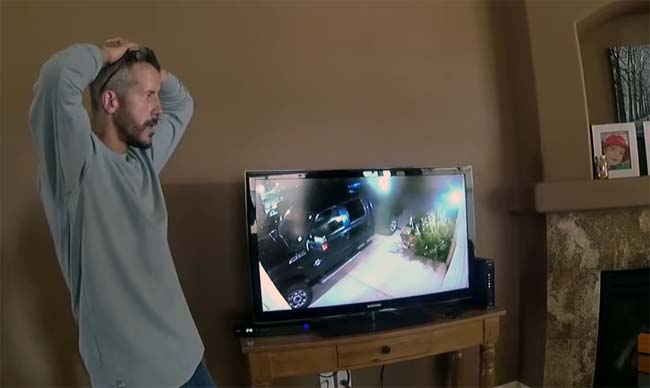 During the welfare check, the police officer visited Chris Watts' next-door neighbor. While they were reviewing CCTV footage of the neighbor's driveway, Chris put his hands on his head and started to look worried.

It is possible that he didn't realize the security camera reached so far into his own driveway.

As they were watching the footage, the neighbor who owned the CCTV camera seemed concerned by Chris' body language. In the body cam footage, you can see the neighbor repeatedly looking over at him.

As soon as the neighbor was alone with the reporting officer, he pointed out that Chris "wasn't acting right" and that he was "rocking back and forth." 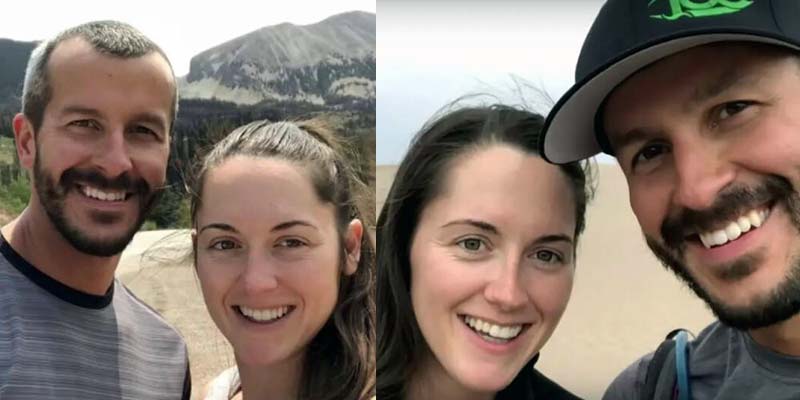 Chris Watts met a woman called Nichol Kessinger at his workplace in June of 2018. Shortly afterwards, they began an affair.

On the day of the murder, Chris texted Nichol to say that his family had "gone." 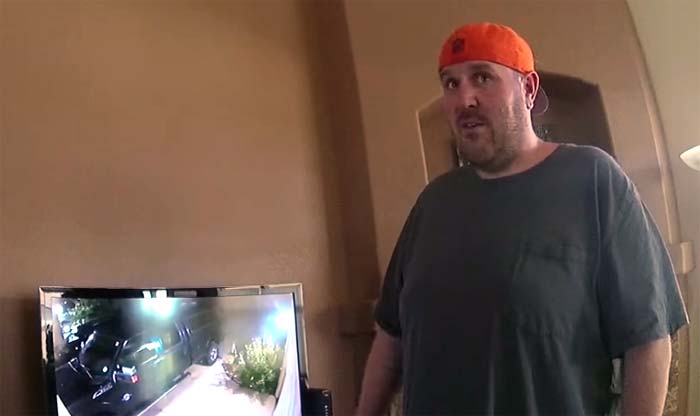 Nate Trinastich owned the CCTV camera that Chris was captured on.

While speaking to the responding officer, he said that it was strange how Chris pulled his truck right up to the garage. According to Nate, Chris never did this in the past. Instead, he would simply carry his toolbox out of the house and then walk back and forth if he needed to. In the post, she stated that they were "blessed" to have him. She also spoke about how they were expecting their third child.

The site where Chris Watts buried his wife and daughters.