This is the Bonnington in Whitehall, Dublin.

Up until October of 2017, it was known as the Regency Hotel.

This is the location where the Hutch gang carried out one of Ireland's most shocking gangland killings.

A year and a half after the incident, the hotel rebranded itself as the "Bonnington".

The murder of David Byrne.

On February 5th, 2016, members of Gerry Hutch's gang arrived at the hotel.

The men were looking to retaliate against the Kinahan cartel for the 2015 murder of Gary Hutch.

Four of the men were wearing tactical police unit uniforms and carrying AK-47s. Another member of the gang came disguised as a woman.

At the time, several associates of the Kinahan cartel were attending a boxing weigh-in at the hotel.

When the gunmen arrived at the lobby of the hotel, cartel associate David Byrne initially decided to flee.

However, he made the fatal mistake of stopping in the foyer to see what was going on.

At that point, one of the hitmen identified Byrne and opened fire, killing him instantly.

When the gunfire erupted, members of the cartel and terrified boxing fans rushed towards the exits.

One of the men who escaped the scene was crime boss Daniel Kinahan. Police believe that Daniel was the main target of the attack.

However, he managed to exit the function room via an emergency door. He then ran up a flight of stairs before jumping out onto a small roof at the back of the hotel.

It is believed that they were talking about Daniel Kinahan.

After failing to locate their main target, the men exited the hotel, jumped into a van and then fled the scene.

Video footage of people clamoring for the exit as shots rang out went viral on the Internet.

A feud is ignited.

The shooting ignited a deadly feud between the Hutch gang and the Kinahans.

In the two years that followed, 15 men had their lives snuffed out in separate shootings.

Most of these men were associates of Gerry "The Monk" Hutch, who went into hiding following the Regency Hotel attack.

In August of 2021, Gerry Hutch was arrested in Fuengirola, Spain. He is currently facing murder charges in Ireland.

Where did the Regency Hotel shooting take place?

The entrance to the hotel can be found on the N1 national primary road that runs through Whitehall.

Whitehall is a suburb on the north side of Dublin. It is roughly 3.5 km away from Parnell Street in Dublin City Centre. The hotel itself is relatively close to places such as Beaumont Hospital, Dublin Airport and motorways such as the M1 and the M50.

This is a hotel. Please note that you may be asked to leave the property if you are not a resident.

Trivia about the hotel.

This Google Street View image shows what the hotel looked like back in April of 2009. At the time, the red sign on top of the building read "Regency Airport Hotel".

Following the shooting, the hotel was cordoned off by gardai. 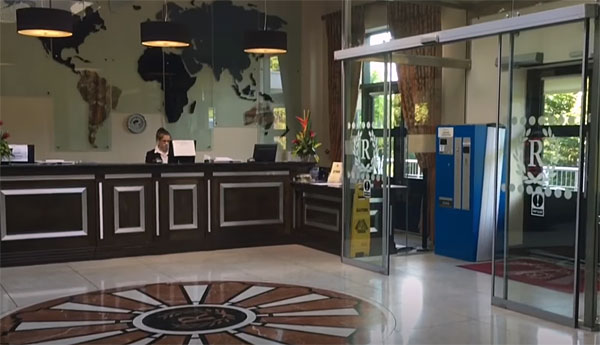 A photograph of the foyer that David Byrne was killed in. This was taken five months after the attack.

This is a screenshot of the surveillance footage from that day.

A still image from video footage of the attack. This was the moment when gunfire broke out and panicked boxing fans started fleeing for their lives.

The hotel is renamed. 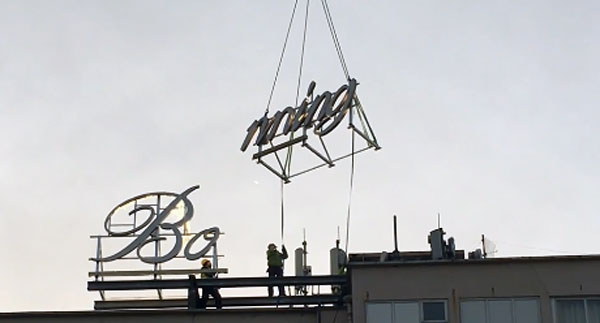 In October of 2017, the owners rebranded the hotel as the Bonnington. Here, you can see the new name being placed on top of the building by a crane.

It all started with the murder of Gary Hutch in 2015.

Gary Hutch was the nephew of Gerry "The Monk" Hutch. In the past, he worked for the Kinahan cartel. However, in September of 2015, he was shot dead at his apartment complex in Marbella, Spain.

Sources believe that Gary fell out of favor with the Kinahans after he started to work alongside a rival organization from England. There were also suspicions amongst the hierarchy of the cartel that Gary was an informant.

Over the next couple of months, tensions within the gang continued to soar.

Then, in September of 2014, Gary Hutch attempted to orchestrate the murder of Daniel Kinahan. However, the hit was a failure. Following the failed attempt on Daniel, the Hutch gang tried to save Gary's life by making a deal with the Kinahans. They even handed over €200,000 in cash to the cartel. Despite this, the cartel reportedly demanded another €200,000 and then reneged on the original deal.

Following the murder of Gary Hutch, his uncle Gerry "The Monk" Hutch also became a target. On New Years Eve in 2015, there was a failed attempt on his life in Lanzarote.

That night, he was drinking in a pub when he noticed that two couples were staring at him. Deciding not to take any chances, he left via a side exit. Minutes later, two men in balaclavas stormed into the pub looking for him. This failed hit occurred about a month before the attack at the Regency Hotel.